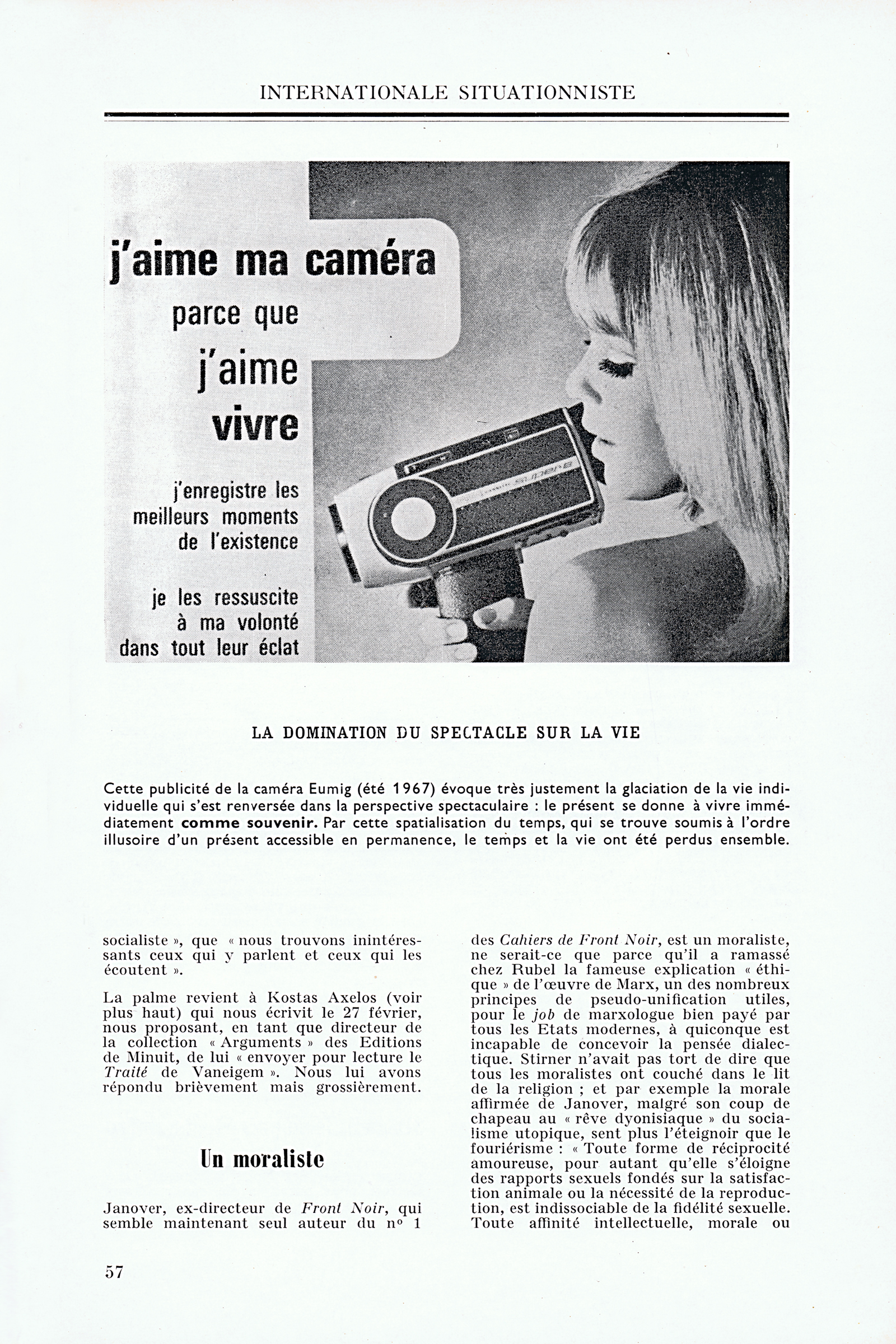 An advert for the Eumig Viennette camera cleverly plays into the appeal of preserving memories with the following legend: “I love my camera because I love life. I record the loveliest moments of life. I relive them as often as I like in all their glory.” It is no coincidence that home movies flourished at around the same time as the emergence of the Society of the Spectacle in the 1960s. The release of the Viennette and similarly inexpensive, easy-to-use cameras prompted a mass adoption of filming and photography. It was the start of a “memory boom” which today persists as the selfie craze. The same Eumig advertisement was the subject of a détournement, a subversive reinterpretation, by the Situationists who republished the advertising image in the Internationale Situationniste magazine (no. 11, 1967). As their caption to a shot of a young lady holding a Eumig film camera, they added the comment La domination du spectacle sur la vie.